Skip to main content
Labels
December 01, 2007
It is said that mental models change slowly. In adults those models may not even change much, as people cling to what they believe very strongly. That may be a reason why adults do not learn as fast as children, as they have many mental models that they assume to be ultimate facts. When a person faces a situation where their mental models will not work there is a possibility for learning. This is called expectation failure and it is a way to challenge the intellect to try other models of thinking.

Contemporary art provokes expectation failures, attempting to shake the paradigms of reality and beauty that people cherish the most. As people are confronted with a reality shock they have an alternative to see the world in a different light. The challenge in creating expectation failure opportunities is that mental models carry emotional baggage that when challenged creates pain, controversy and even rage. Emotional responses full of anger, such as destroying the visual image that is provoking such a stimulus or a change in the way people see or think about things, are encountered through out history and across different cultures. Attacking a visual image is indeed a desperate attempt to stop expectation failures and learning opportunities are also stopped when art is removed from public display.

Mental models change slowly, it is said; yet not for some artists, those who constantly confront their own mental models and whose work is a reflection of their own expectation failures. While some artists have created all their visual models by age 40, it is also possible to change those models and the way one think about things.
Email Post
Labels: Art visual thinking

SueEllen Cowan said…
Very thought provoking! I like your blog!
8.12.07

Soraya Marcano said…
Thanks for your comments.
26.1.08 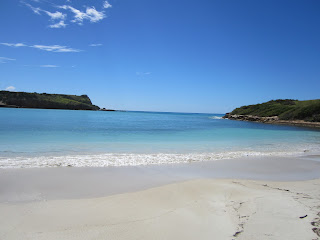